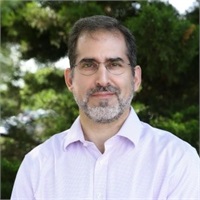 Jason Baker earned an economics degree from Clemson University after becoming fascinated with the stock market. When he was ten years old, his mother bought him a share of Toys R Us stock. He watched the price in the newspaper, deposited his dividends, and marveled at the magic multiplication when it split. At Clemson, he unlocked the mysteries behind the “magic multiplication.” Rather than quench his passion, it stoked it.

He became a financial advisor in 1994 and through his work with both large national and regional broker dealers has gained respect as an astute and forthright advisor. At Cambridge he has found a broker dealer that understands his dedication and commitment to client goals.

He focuses on understanding what a client values most. Once established, values generate goals, and the goals drive the plan. His approach, whether dealing with small business owners or several generations in the same family, is holistic and centers on a healthy balance. The client always remains at the center of the system. By keeping the focus on the client, the portfolio serves the client, not the other way around. Since no system remains static, Jason believes an open, transparent relationship with his clients is of the utmost importance.

Away from work, he loves woodworking, kayaking, fishing and making new memories from one-of-a-kind adventures and experiences. Jason and wife, Dawn, live in the Lake Wylie area with their school age daughter, Jordan and dog, Greenspan.

“Sometimes the economy gets in the way of our best laid plans, I want to be the partner my clients turn to when that happens.” — Jason Baker

If you visit, Jason, in his office, you can view the framed share of Toys R Us that launched him on his long career.